ALBUM REVIEW: Dion - Born To Be With You - 1975(Phil Spector International Records)

Dion DiMucci spent the late 60's and a good chunk of the 70's rediscovering himself after years of chemical dependency; this was achieved through a series of albums targeted toward the MOR/AC market. This particular album was a fine example of his new introspective approach and will mainly appeal to those listeners who need to tune out from life for a half hour by retreating to their dimly lit den. 9 times out of 10, the source of our own problem(s) is in our back yard, whether that back yard is in our mind or at a physical homestead.

A good 3/4 of this album has a murky, dirge-like sound, thanks mainly to...you guessed it...the Phil Spector Wall Of Sound. Listening to these tracks reminds me of Jackie DeShannon's version of "The Weight" sparring with George Harrison's "Bangla Desh." If you're looking for a little peppiness and a small reminder of Dion's teen idol Laurie Records era, then the only track that qualifies is the eighth and final track, "Good Lovin' Man."

2 of the tracks have a clearer production and sound to me like early James Taylor meeting Jim Croce("Your Own Back Yard" and "New York City Song"). "Your Own Back Yard" will probably stand out for you from the rest of the pack, and rightfully so; it had previously been released as a non-LP single in 1970 on Warner Brothers. The rest of the tracks were recorded in 1974.

Please note that the below streaming link pairs the album with his 1976 effort "Streetheart" as well as a Phil Spector involved non-LP 1976 single(track 9).

Stay tuned for more album or single reviews in the future and keep rediscovering those lost oldies on The Retro Attic!

PURCHASE: Born To Be With You on Amazon

SPOTIFY: Born To Be With You on Spotify

SINGLE CURRENTLY IN THE RETRO ATTIC'S ROTATION: Your Own Back Yard - peaked at #75 in Billboard on 7/3/70. And we have it in stereo(mono is much more common)! 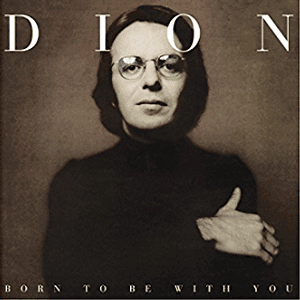 Posted by Gilbert Matthews at 1:26 PM No comments: