Even though it's the last day of June, I decided to get an early start on July's Artist Of The Month because the artist in question happens to be one of my all-time favorite groups. Crank up The Retro Attic in July as we look back at all of the great material that The Dave Clark Five left us! I had forgotten how much of a rocker "Any Way You Want It" was. If you're a fan of The Box Tops, The Grass Roots and Badfinger, then I think you will be pleasantly surprised at how good some of their overlooked singles and flip sides from the late 60's and early 70's were("Paradise Is Half As Nice," "Think Of Me," etc.). We will be showcasing one of their tracks every hour during July.

I'm sure you've already heard about the passing of My Three Sons actor Don Grady. Don was also a musician who flew up, up and away into the top 30 during '67 with his group The Yellow Balloon. We've had their self-titled hit in our rotation for a while now and will continue to do so. Rest in peace, Don!

As the summer progresses, I'm going to be changing the way our playlist is heard. The way it is formatted now has presented a couple of problems: certain tracks are getting played 2 or 3 times a day and I'm pretty sure that there are a few tracks that haven't received any airplay because they're buried so deep in the playlist. Eventually you will be listening to different playlists for each day of the week; if you're worried that the following Monday will sound exactly the same as the previous Monday, then don't fret: I will always be throwing in some new additions and I may occasionally rotate the playlists to different days. The Artist Of The Month will be continuing, although I will admit it will be a bit more challenging to format.

And speaking of listening, I'm going to try to be nice about the following issue. My station is all about being a GUIDE to forgotten music of the past and LISTENING/ENJOYING the tunes. If you hear something you like, then go out and Google the tune afterwards or better yet, help out my station by purchasing an MP3 via the Amazon links that are on my webpage's "Recent Tracks Played" display. I'm not a rookie when it comes to ways of the internet, and I know exactly what you "listeners" overseas(especially Germany and Russia) are doing. Those of you who are masking with outdated versions of Winamp(especially Winamp 5.50) will not be welcome here. You're not even listening; you're using a "popular" software program that "slices and dices" my programming and fulfills your precious wish lists. The same also goes to those who are showing up with a bunch of random letters of the alphabet as their user agent; I also know which software program that is. Those with no user agent displaying...don't make me laugh! And finally, how about good ol' Winamp 5.62! It looks to be legit at first, but I've seen way too many instances of it being used with a plugin(sound familiar, Mr. North Carolina?). The plugin automatically reconnects if kicked off and will continue to hammer a radio station's server if banned until the user on the other end realizes that he/she won't be getting through(I've seen this occur for several hours!). I know this is happening because I can listen to my station on Winamp 5.62 and kick myself off; guess what, it doesn't automatically reconnect!

I know some of you have busy lives and are looking to do some "time shifting" so that you have something to listen to on the way to or way back from work. I don't really have a problem with that, especially if you drop me a quick line and tell me that's what your intention is. Unfortunately, there are too many "phantoms" out there that think they can leave their devices on all day, so you will need to be monitoring as I have a listening cap in place.

I can't catch all of those that are using the above-referenced software programs, so I have started incorporating a method that will make our tracks less desirable to obtain. It's a method that terrestrial stations have been using for many years. Not sure what I mean? Keep an ear out for tracks such as Blue Cheer's "Summertime Blues" and I think you will understand! And at the same time, it won't be that much of an annoyance to my true listeners.

Questions or comments? Please use our webpage's contact form or chat with me through our live chat button that is on the right side of the page in the area where our poll and Artists Of The Month are. I'm sorry for sounding a little bitter, but I'm trying to reach out to those who truly miss the obscure oldies; if it only ends up being a very small group of loyal followers, then I'd rather have that than having my "fan club" being a bunch of flea market peddlers who display their "one-of-a-kind CDs" on some old wooden table.

And now back to the music! Thanks goes out to those of you who are listening and spreading the word about me by liking me on Facebook and liking my Tweets.
Posted by Gilbert Matthews at 12:09 PM No comments: 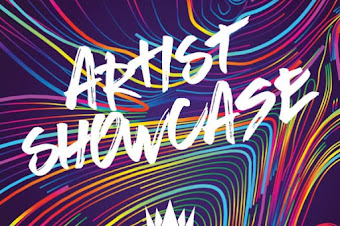